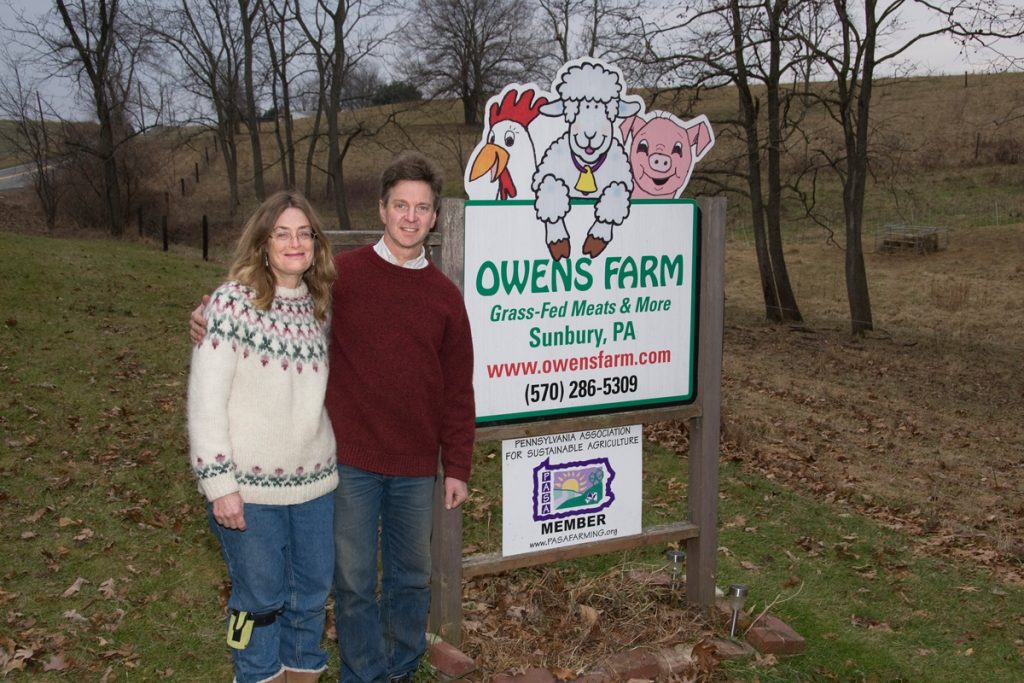 David and Caroline Owens bought their first farm in 1992 in Pelham, NH as a place to raise their kids and grow their own food. Caroline was a former vocational agriculture teacher with a degree from Cornell now working for a feed company; David was a biomedical  engineer with a degree from Boston University. Soon enough, friends and neighbors were asking to buy meat from them. They were on the cusp of the local, pasture-raised food movement raising sheep, pigs, cattle, chickens, and turkeys. They jumped all in.

Fast forward to 2006 when the size of the Owens’ operation had outgrown the existing farm infrastructure. Caroline and David began the search for something on the East Coast with more acreage, especially in pasture for their burgeoning sheep business. The search led them to the current 112 acre Owens Farm in Sunbury, PA in 2008, and they have been farming the land there ever since. Located in the beautiful rolling hills of the Susquehanna River Valley, they have found their ‘forever’ farm.

The Owens currently raise sheep, pigs, chickens, and turkeys, selling to local families. No small production, they birth upwards of 175 lambs in March, with piglets in April and October, and chicks brought on farm in April to grow into meat birds. All are heritage breeds raised sustainably on a rotational system through the pastures. To help move the sheep flock, part of which spends the summer controlling vegetation under the solar panels at Susquehanna University, the Owens include border collies in their animal count.

The Owens offer classes in Lambing and Sheep 101 for individuals with or thinking about getting sheep, beekeeping and honey making, and a Sheep Bootcamp for Ag teachers. They also offer tours of their farm for a close-up look at how they raise happy and healthy animals in a natural setting without the use of chemical inputs.

As exhausting as all the above activity sounds, the Owens decided to ‘share’ their farm with overnight guests starting in 2015 because they felt the benefit of 24+ hours on site gave a much clearer picture of farm life from dawn to dusk. They also had loved to travel when their kids were young and often stayed in unconventional lodging or looked for home stays. 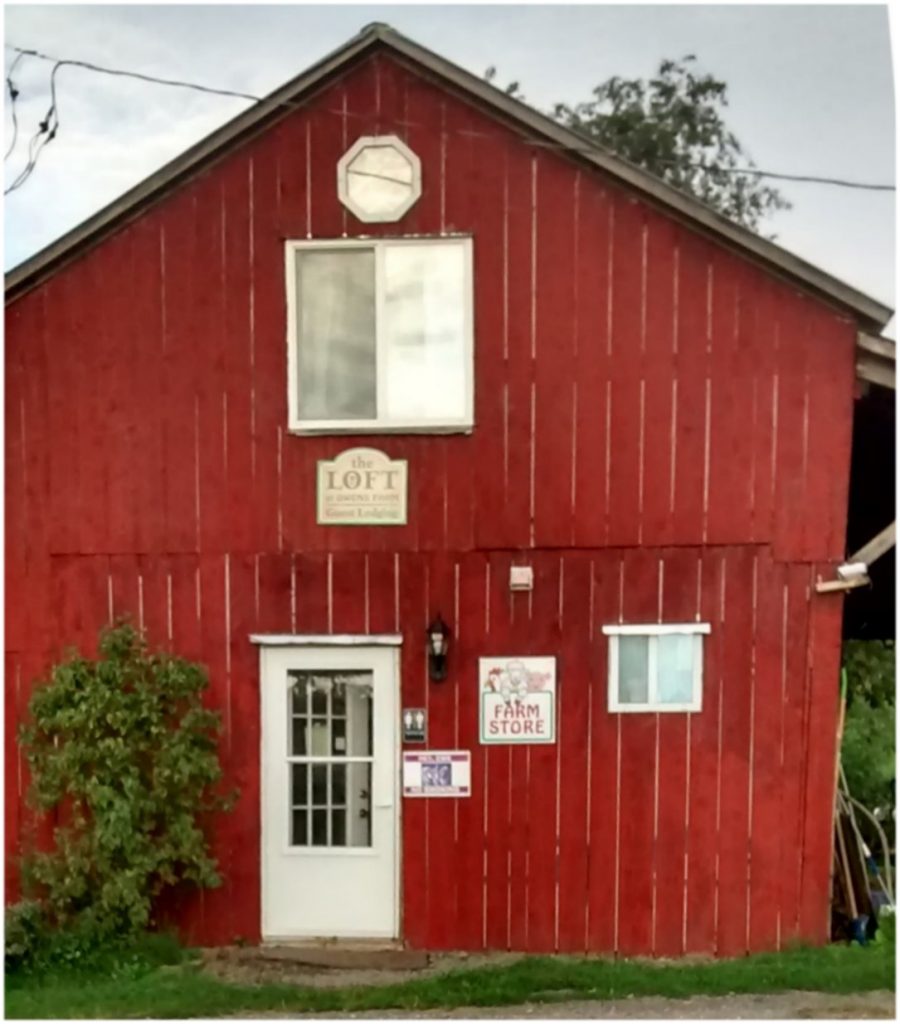 A former carriage barn became the ‘farm stay’, and the Owens now host guests from mid-March to November when there are the most hands-on activities (and least amount of mud!). When asked about guests’ reactions to their stay, Caroline mentions her conversations tend towards the seasonality of things – that livestock births happen during the months that most benefit survival and production, not everyday on the farm; that summer is the best (and most prolific) time to eat out of the farm garden; that grass grows fastest in spring and summer so animals are rotated through the pastures to keep it fresh and not overgrazed… also when they send out their band of sheep to keep the solar arrays cleared; like that. Additionally, there is great surprise in the abilities of her working dogs to herd and corral the sheep (probably because Rover at home is not so well behaved or interested in a job!) 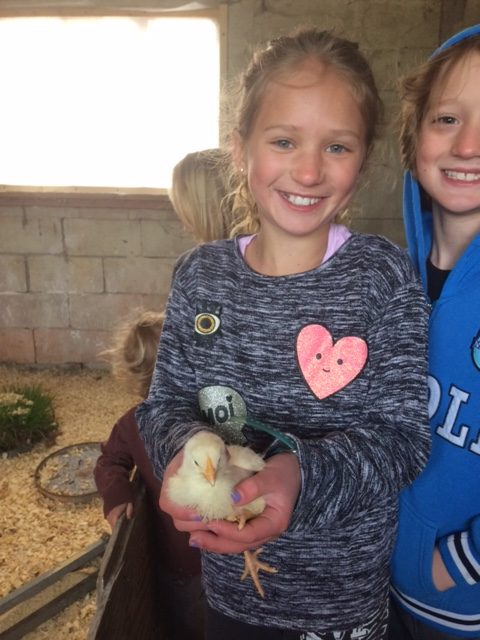 This farm might be in PA but it’s right off I-80 with guests arriving from New York City, Baltimore and DC in 2-4 hours. So, if you ever want to throw yourself into the middle of a working operation with 112 acres to roam, and you find yourself in Pennsylvania or had a hankering to go to Pennsylvania, Owens Farm just might fit the bill. Take an unplugged vacation, not because there is no wifi but because your electronics don’t hold a candle to this farm experience!  Retreat to the country and breathe it all in. We can promise you your trip home will be filled with stories of your stay and your camera will be filled with the photos to back it up. 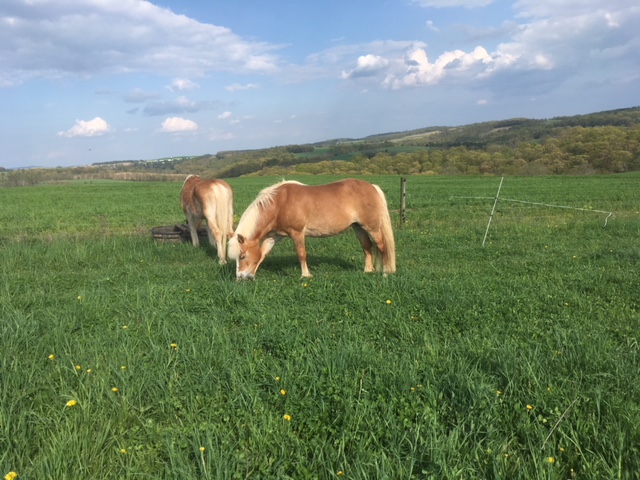 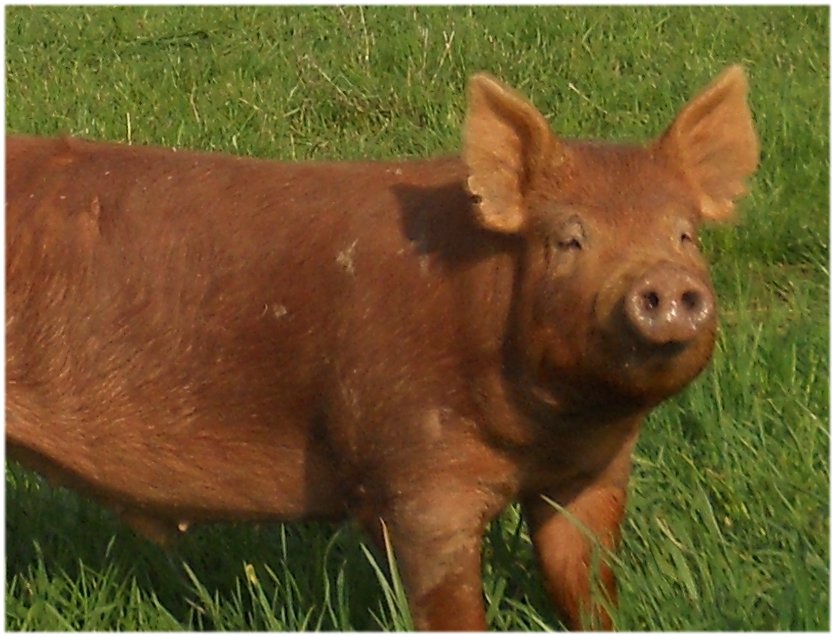 Check out Owens Farm here on Farm Stay USA for more information and to book your stay today!